Since we launched in February 2020, a growing number of writers have come to us for advice and support – Gillian Philip, Julie Burchill, Helen Joyce, Allison Pearson, Holly Lawford-Smith – and over 250 authors have joined as members.

It has become increasingly clear to us that freedom of expression is under severe pressure within the literary world, with publishers and literary agents often failing to defend their authors when their speech rights come under attack.

The threats that our writer members have flagged up include:

These issues are of great concern to the Free Speech Union and not just because they directly affect our writer members. The freedom of authors to express themselves and of people to read their work without interference or mediation by self-appointed censors is a fundamental human right.

To ensure these issues are given a proper airing in the public square and our writer members are protected, as well as authors more generally, we have set up a specialist Writers’ Advisory Council. (You can read about it in the Telegraph here.)  Our hope is that this will lend the FSU’s voice authority when it speaks out in defence of freedom of expression and comes to the aid of beleaguered authors.

To better support our writer members, the FSU will make sure that a member of our case team specialises in the kind of issues listed above and is always available on the phone. We will also develop relationships with third party providers of specialist advice to authors regarding contracts, tax and insurance. All of these services will be provided either pro bono or at below market rate.

In addition, any writers who join the FSU will have access to all our usual benefits, such as invitations to members-only events with people like Kathleen Stock, Jack Dee, Andrew Doyle, Graham Linehan and Helen Joyce, discounted tickets to parties and comedy nights, and, should they need it, individual advice from our two full-time case officers, two full-time lawyers and specialist media advisors. They’ll also have access to paywalled content on our website – such as FAQs on what to do if you’re asked to declare your gender pronouns in the workplace or take an unconscious bias training course – and you’ll receive our weekly and monthly newsletters.

We hope that as many authors as possible will join the FSU, whether to protect themselves, to defend their peers or build a public voice capable of putting the case for freedom of expression as robustly as possible. 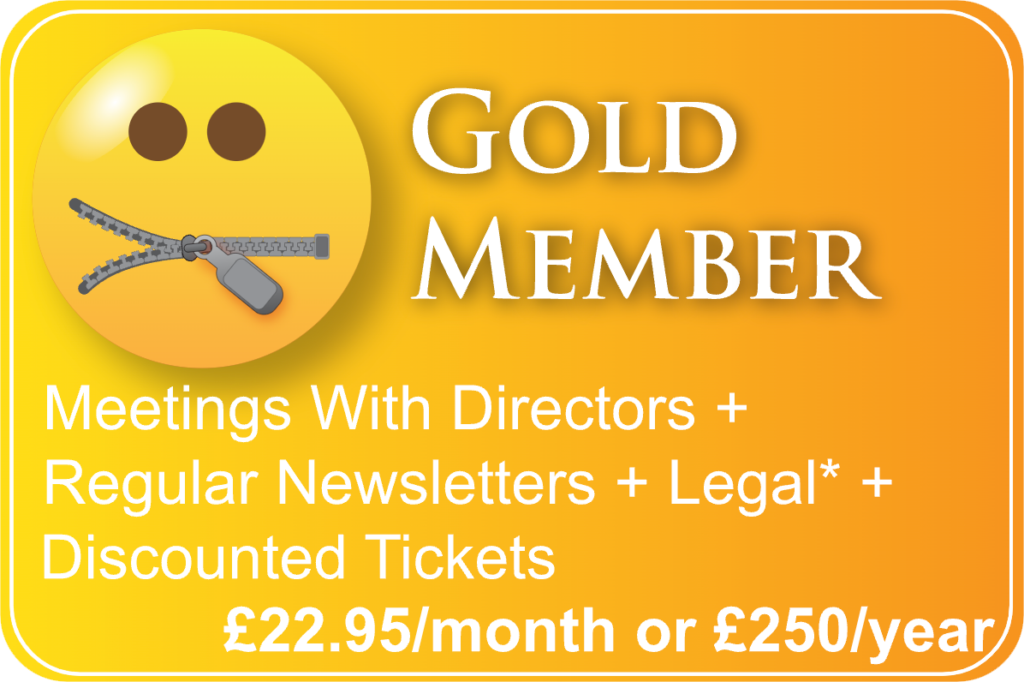 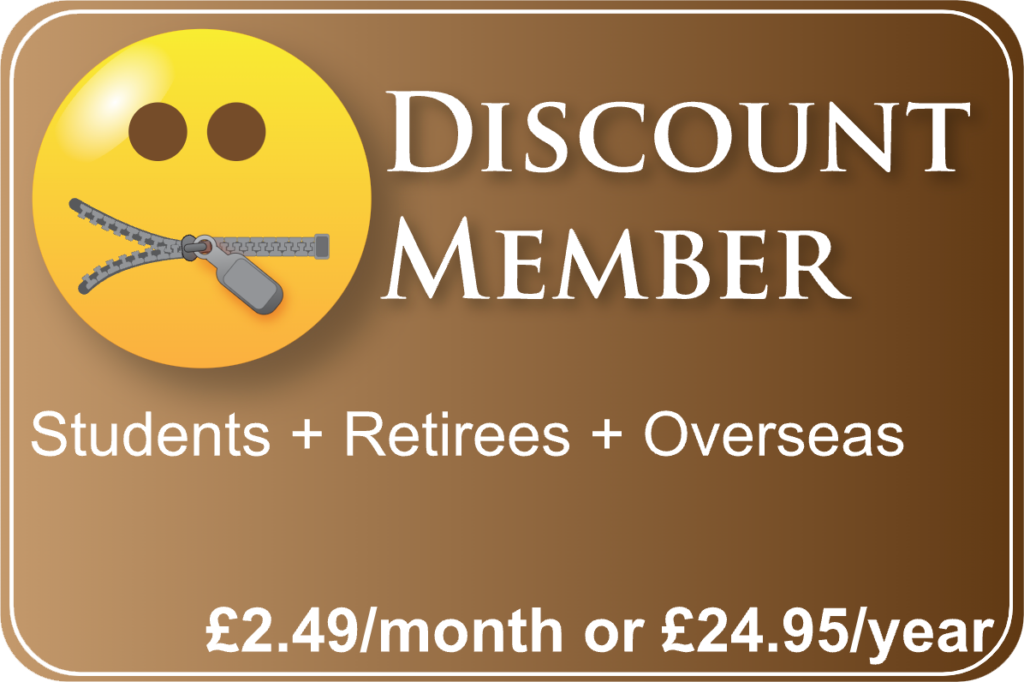 Writers’ Advisory Council
Julie Bindel is an investigative journalist, author, broadcaster and feminist campaigner. Her latest book is Feminism for Women: The Real Route to Liberation. She also writes on Substack.

Writers’ Advisory Council
Jack Dee is a comedian, actor, scriptwriter, radio and television presenter and author. He co-wrote and starred in the sitcom Lead Balloon and has published two books, Thanks for Nothing and What is Your Problem?

Writers’ Advisory Council
Andrew Doyle is a writer, presenter, producer, stand-up comedian and the creator of Titania McGrath. He has a degree in English and a doctorate in Early Renaissance Poetry from Wadham College, Oxford. His most recent books are Free Speech and Why It Matters and The New Puritans: how the religion of social justice captured the Western world.

Writers’ Advisory Council
Matthew Hamilton is a literary agent and the founder of the Hamilton Agency which represents non-fiction authors with a particular interest in politics, culture and current affairs, music, narrative non-fiction, memoir, biography, football and entertainment. Recent bestsellers by the Hamilton Agency’s authors include The War on the West by Douglas Murray, Ten Thousand Apologies by Adelle Stripe and Did Ye Hear Mammy Died? by Seamas O’Reilly.

Writers’ Advisory Council
Caroline Hardman began her career in publishing as a bookseller. She started working in agenting in 2004 and co-founded literary agency Hardman & Swainson in 2012. She represents a range of genres in fiction, and non-fiction in the areas of popular science, history, popular culture, current affairs, and feminism (including notable bestsellers by Kathleen Stock and Helen Joyce).

Writers’ Advisory Council
Mary Harrington is a writer whose work has appeared in the Spectator the New Statesman, the Times, the Daily Mail, First Things, The Conservative Woman and UnHerd, where she’s a contributing editor. Her first book is due in 2023.

Writers’ Advisory Council
Alex Marwood spent a decade as a features writer and columnist for the UK press before jumping over the wall to write novels. Her first crime novel, The Wicked Girls, won an Edgar Allen Poe award and became a word of mouth international bestseller. Her second, The Killer Next Door, won the Macavity award for best mystery novel, 2015. Of novel The Darkest Secret, Stephen King said “If there has been a better mystery-suspense story written in this decade, I can’t think of it”. Her latest, The Island of Lost Girls, a dark tale of extreme wealth, human trafficking and exploitation, was The Times’s Crime Book Of The Month for July. She lives in London, and writes in bed.

Writers’ Advisory Council
Dr Helen Joyce is the author of the best-selling book Trans, named by the Spectator as one of the books of the year in 2021. Until 2022 she was the Britain editor of the Economist and now works as Director of Advocacy for Sex Matters, a human-rights organisation that campaigns for women’s rights.

Writers’ Advisory Council
Bel Mooney has been a newspaper journalist for over 50 years and is the author of six novels, 35 children’s books, two memoirs and two collections of journalism. For many years she had a parallel career in broadcasting and now writes for the Daily Mail.

Writers’ Advisory Council
George Owers is the editorial director of Forum Press, an imprint which aims to promote free debate and challenge cultural and political groupthink. He was previously a Labour councillor in Cambridge and is writing a book on party politics in the era of Queen Anne for Little, Brown.

Writers’ Advisory Council
Anna Pasternak is an author, broadcaster and journalist who currently writes for the Telegraph. Her most recent book is Lara: The Untold Love Story That Inspired Dr Zhivago.

Writers’ Advisory Council
Gillian Phillip is a writer of over 40 books for children and young people under the names Erin Hunter, Adam Blade and Gabriella Poole, as well as her own name. She has been nominated and shortlisted for awards including the Carnegie Medal, the Royal Mail Scottish Children’s Book Award and the David Gemmell Legend Award.

Writers’ Advisory Council
Nina Power is a philosopher, critic and cultural theorist, and an editor and columnist at Compact. She is the author of What Do Men Want?: Masculinity and Its Discontents.

Writers’ Advisory Council
Rachel Rooney trained and worked as a teacher of children with special needs for many years before turning to writing poetry. Her collections of poetry for children and young people have won several awards and her rhyming picture books include The Fears You Fear, The Problem with Problems and My Body is Me! She has been a judge for both the CLiPPA and the Betjeman Poetry Prize.

Writers’ Advisory Council
Andrew Roberts is a Visiting Professor at the Department of War Studies at King’s College London, a Roger and Martha Mertz Visiting Research Fellow at the Hoover Institution at Stanford University and a Lehrman Institute Distinguished Lecturer at the New York Historical Society. His most recent book is George III: The Life and Reign of Britain’s Most Misunderstood Monarch, which won the Elizabeth Longford Prize for Historical Biography.

Writers’ Advisory Council
Lionel Shriver is an American author and journalist who lives in the United Kingdom. Her novel We Need to Talk About Kevin won the Orange Prize for Fiction in 2005.

Writers’ Advisory Council
Gareth Roberts is a writer and journalist. He has a weekly column for the Spectator and writes regularly for UnHerd and Spiked. His television writing credits include Coronation Street, Emmerdale and Doctor Who.

We hope that as many authors as possible will join the FSU, whether to protect themselves, to defend their peers or build a public voice capable of putting the case for #freedomofexpression as robustly as possible. Click the link to find out more.
https://freespeechunion.org/

Before getting in touch please look at our Frequently Asked Questions, as that may answer the question you have. If you still want to get in touch, please use one of the email addresses below:

Anything else: [email protected]